Oversight and Control: Fiscal Sponsors’ Legal Obligations to Their Projects 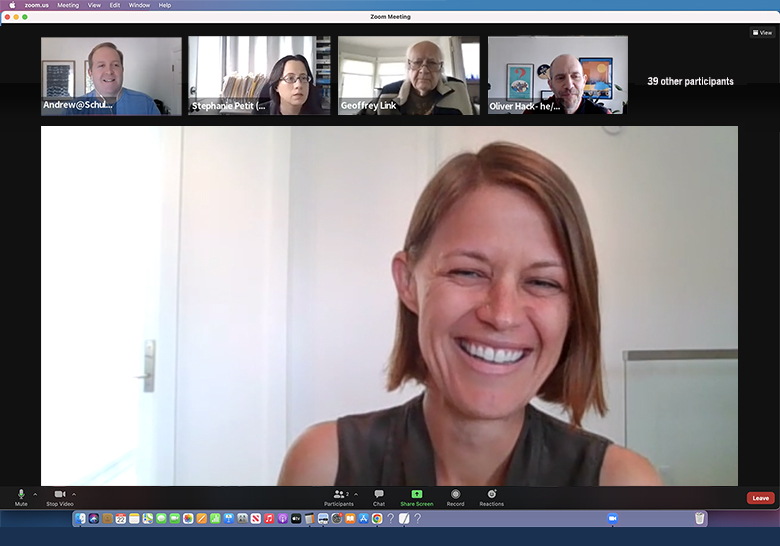 Erin Bradrick addressed questions about fiscal sponsorship in a video conference in March 2022. Erin is a principal of the NEO Law Group.

The following are excerpts, edited by Marjorie Beggs, from Erin Bradrick’s presentation at Covid Conversations, March 2, 2021.

Oliver Hack: Welcome, Erin, to our forum. Everyone, this is not legal advice from Erin, but I’m hoping she can help us understand obligations and concepts like power, control and oversight. Erin, if you can help us draw a circle around this, how far does it go?

Erin: My goal today isn’t to scare anyone — it’s just to go through some high-level considerations of fiscal sponsors’ obligations, then open it up for questions. So, to start, for any 501(c)(3), including any fiscal sponsor engaging in any form of fiscal sponsorship, some general control considerations come into play. Although fiscal sponsorship isn’t set forth in statutes or codes, we do have historical IRS guidance on component funds or internal funds in c3s’ contractual relationships. Still, nothing in the law says here’s how you do Model A fiscal sponsorship or Model C or B or L. It’s a contractual construct, and that’s why we emphasize the importance of having strong fiscal sponsorship agreements that dictate the arrangement you have in place, the rights of the other party to the agreement, and then have strong policies and implement appropriate procedures — the basics to make sure you, as a charitable organization, are using assets for proper purposes.

Your obligations as a 501(c)(3) fiscal sponsor include the basic c3 restrictions: no prohibited private benefits, no prohibited campaign intervention activities, lobbying that is not a substantial part of your overall activities, no engaging in or supporting activity that’s illegal or contrary to public policy. Those core elements also apply to anything you do with c3 dollars directly with a Model A project or, indirectly, with any grants you make, including to a Model C project.

Then there’s the doctrine of charitable trust: When you receive assets, you must use them for the purpose for which they were raised. That purpose can be what’s reflected in your organization’s articles of incorporation, or it can be donor-restricted, with the donor imposing restrictions on the purpose of funds.

When you receive assets, you must use them for the purpose for which they were raised.

You can also impose a purpose restriction through the words you use when you solicit donations. If you do a capital campaign to raise money to purchase real estate for a Model A project, for example, or for your core operations, and you don’t have the right caveat language allowing you to vary the use of those dollars, those dollars are restricted and might need to be returned if, in the end, you have to scrap the project. This is a general compliance issue — making sure you know what purpose restrictions are put on the c3 dollars you receive and then how funds are used, directly in a Model A project or indirectly in a Model C project.

You also have a contractual obligation to comply with the grant terms from private foundations, other public charities or governmental institutions regarding reporting and publicity provisions, and restrictions on lobbying, for example. Unfortunately, we still see some private foundations ban lobbying in grant agreements, even though it’s not usually strictly required. In that case, make sure you comply, including by passing through any obligations you have to the ultimate user of the funds, whether a Model C grantee or a Model A internal project.

Another obligation of the fiscal sponsor is to acknowledge donations. Whether the money is coming in for a Model A or a Model C project, you’re still the charitable c3 recipient and have to properly acknowledge or substantiate any donations you receive.

Those are the high-level obligations that apply to all fiscal sponsors, all c3s, really. Then there are the specifics for the different models.

Oversight in Models A and C

I’m going to start with Model C because it’s a bit simpler than Model A in the context of oversight and control compliance.

When Model C is done properly, it’s really about the dollars. It’s your due diligence as the charitable entity receiving the funds to have a solid basis for regranting the charitable dollars to this particular Model C project, then exercising appropriate oversight to ensure that your grantee’s use of the money is appropriate and consistent with all c3 restrictions.

The bottom line is you can’t do anything indirectly that you can’t do directly. If it’s not a project you could run yourself as a Model C fiscal sponsor, it’s not a project you can find somebody else to run. In Model C fiscal sponsorship done correctly, you’ve identified another entity to carry out c3-consistent activities, used some of your dollars to support that activity, then exercised oversight to make sure the dollars were used properly and appropriately. If you do identify something improper and inappropriate, it’s a problem to just keep funding it without demanding some change. That oversight element is not just words — it’s actual exercise of oversight.

Oliver: Can you say more about this mystery word, “appropriate”?

Erin: There’s not a clear set of boxes where if you check them off in a particular situation, you can rest assured you acted appropriately. I know this is everyone’s least favorite answer from a lawyer, but really, it does come down to facts and circumstances. Let’s say with a Model C project, are you regranting to a for-profit or an individual or to a nonprofit awaiting its IRS determination letter. The terms you’d put in the grant agreement about how much oversight you exercise and how much reporting you require will vary significantly — a lot more for the for-profit or individual than if you’re granting to a nonprofit formed for charitable purposes and awaiting its IRS determination letter. Similarly, if you’ve been working with a Model C project for 10 years and are comfortable with what it’s doing and how it’s using the dollars, you’d probably have less oversight. Another variable is the grant amount —probably less oversight if you’re granting $10,000 a year than if you’re granting half a million.

Oliver: Use your common sense and what seems reasonable?

Erin: I would add, think about whether an IRS agent would think it was reasonable.

Shifting now to Model A, it involves way more legal compliance and control than Model C. The projects are internal programs of the fiscal sponsor, and its people — workers, contractors or volunteers — are the sponsor’s employees, workers or volunteers, so there are employment law considerations and compliance issues. Appropriate supervision needs to be in place and remedial steps taken if an employee isn’t performing appropriately. Also, projects operating in different states may be subject to different employment laws.

Another consideration is insurance obligations. The fiscal sponsor is the insured entity for Model A projects, so make sure you understand what your projects are actually doing. Consider whether your coverage satisfactorily protects you as fiscal sponsor, given the scope of activities of all your projects. When you’re looking at onboarding a new project, determine if it has a significantly higher-risk profile than your other projects. For example, taking kids up into the mountains in a remote location for a week with volunteers has a much higher risk profile than if you’re doing online trainings with a group of professionals.

The fiscal sponsor is the insured entity for Model A projects, so make sure you understand what your projects are actually doing.

For Model A projects that generate earned income, it’s the fiscal sponsor’s responsibility to determine whether there are UBIT [unrelated business income tax] implications resulting from those activities, then to properly report any UBIT owed on your Form 990. That tax reporting is one of your legal obligations.

Lobbying is another general 501(c)(3) consideration that affects fiscal sponsors. It’s allowed for public charities, but there are limitations for the organization as a whole. We’ve seen Model A fiscal sponsors approach this differently — some will sponsor a Model A project that does significant lobbying, but because they have other projects doing no lobbying or very little, they can stay within the appropriate limits. However, it can be extremely difficult to accurately track what all projects are doing. I think in my practice, the only organizations I’ve seen that were potentially engaged in prohibited campaign intervention activities did it inadvertently through a Model A fiscally sponsored project. A Model A project put a statement in a newsletter or tweeted support of a candidate in office. It was unintentional, but still was a prohibited campaign intervention that theoretically could have caused the entire fiscal sponsor to lose its c3 status.

Do I need to do anything to maintain the 501(h) election?

Erin: The 501(h) election is a one-time filing, the simplest IRS form I’ve ever seen. It’s a half-page, and once filed, you do nothing unless you file another one to revoke your earlier filing. The challenge is not having a clear record that you filed it. You can’t verify the filing online, and we’ve had organizations try to request copies of their filing from the IRS with limited success. If you’re unsure whether you have a proper 501(h) election in place, I’d recommend filing another and make sure you keep a copy.

Can you say a little bit more about earned revenue concerns and UBIT?

How does “oversight” or “ownership” relate to intellectual property purchased or created using the charitable dollars?

How much responsibility does a c3 have to understand the source of a donation?

Erin: Moral responsibility or legal responsibility? I would recommend all c3s have a gift acceptance policy in place. For fiscal sponsors in particular, that can flow down to all of your Model A projects and Model C projects. From a legal compliance perspective, there are few restrictions on what dollars you can accept, though some may come into play with foreign dollars because of anti-terrorism concerns or government-imposed sanctions. For the most part, you’re talking more reputational, ethical or relational risk — if you accept dollars from a particular funding source, how will that reflect on you if it shows up on New York Times front page? It’s not just tainted funds that could come up. If someone wants to give you a fraction of a percent interest in a timeshare in a remote Arizona desert, or a gun collection that you need to maintain insurance and licensing for, or rare art that has to be kept in a temperature-controlled climate, it’s going to cost you more to offload or upkeep that gift than it’s ever going to be worth. These aren’t hypotheticals, they’re actual examples offered to clients of ours. Saying yes to every gift is not always the right thing to do.