Fiscal Sponsorship Models and How They Evolved 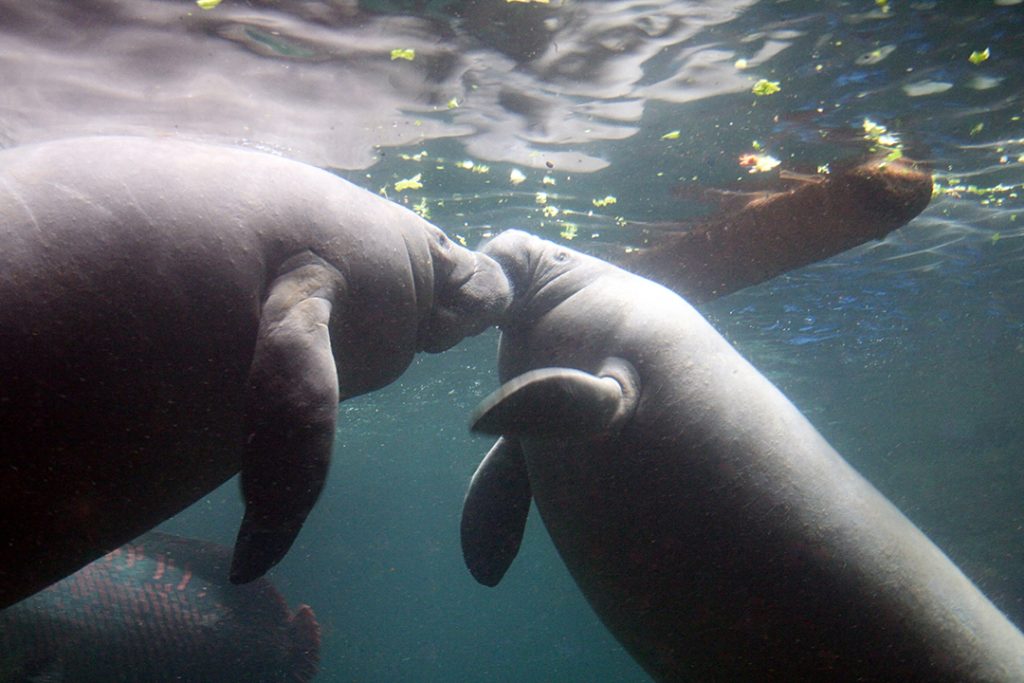 Now a 501(c)(3), the Save the Manatees Club started as a fiscally sponsored project of the Florida Audubon Society. Photo: 6076679 © Baronoskie | Dreamstime.com
This is the second in a series of excerpts, edited by Marjorie Beggs, from Greg Colvin’s January 2022 presentation at Covid Conversations about the history of fiscal sponsorship. Read Part 1 here. Covid Conversations is a weekly virtual discussion forum for fiscal sponsors.

So how many ways are there to do fiscal sponsorship right? Frankly, if we had left it to the IRS to define fiscal sponsorship, they probably would’ve come up with only one way. The alternatives we developed allow much more flexibility in the vehicles that can be used to sponsor projects. We came up with six models, the first three, A, B and C, were an outgrowth of analysis done by [the late] Tom Silk, a mentor to me and an inspiration for how to get these things done, who successfully defended them with the IRS.

In Model A, called comprehensive or direct sponsorship, the sponsor takes full responsibility for everything that’s going on. Those who work for the project get paid, usually as employees. In Model B, workers are engaged as independent contractors providing a service to the fiscal sponsor. Model B occurs in situations where a single consultant, a single producer of an event, or an artist producing a piece of sculpture or music is hired to do something for the sponsor.

In Model C, the sponsor pre-approves the project as a grantee and sets up a money flow that comes into the fiscal sponsor, then is re-granted to the grantee. It involves a separate party — an individual or maybe an incubating 501(c)(3) not ready to go into business for itself — that receives grants until it either disbands or gets its own (c)(3) status.

Why six ways?
Now, why did we say six ways instead of three ways, or for that matter seven or eight ways? I think we recognized that, in IRS structuring, there were other advantages a senior 501(c)(3) could confer upon projects that didn’t fit into A, B or C. Our Model D is the group exemption, probably best illustrated by the U.S. Conference of Catholic Bishops. The Roman Catholic Church is set up as one 501(c)(3) with a group exemption, each diocese and the Catholic charities and so on functioning underneath it, subject to its supervision and control.

Toastmasters International, another Model D, has clubs all over the world that are unincorporated associations. Yet another example is the California State PTA, which provides 501(c)(3) exemption for all the PTAs at schools throughout the state so they don’t have to independently go to the IRS for (c)(3) status.

Model F is pure back office, the fiscal sponsor as a service provider handling the money, paperwork and administration. But it has to be done below cost, otherwise it’s a business and not an exempt organization. A Model F sponsor has to have a separate source of charitable funding to classify that service as a service, rather than as a business.

Lawyers spent years negotiating with the IRS and finally got approval for [the Model C] sponsorship relationship.

We also have Model L [described extensively in Colvin and Petit’s 3rd edition of Fiscal Sponsorship: 6 Ways To Do It Right] and Model X, which was based on a Mormon church trust arrangement. But I think the important thing, and I hope Stephanie agrees with me, is we’ll continue the rubric of saying there are six models. That’s not to say there aren’t others and there won’t be others, but we’ll try to keep in focus the idea that there are at least six best ways to do it right.

Let’s talk more about Model A. In the early 1990s, a couple of things occurred that made it clear what had to be done for Model A to work. The first was in 1992, when the Florida Audubon Society was sponsoring the Save the Manatee Club, which wanted to leave and be its own 501(c)(3). The Florida Audubon Society said, “No, you can’t leave. You’re part of us. And you have no legal ability to leave.” It went to court and took years to be litigated. Now, the Save the Manatee Club is its own 501(c)(3).

I was personally involved in a second event. In 1993, Polly Klaas, a 12-year-old girl in my hometown of Petaluma, was kidnapped, and the city mobilized to try to find her. In a couple of weeks, more than $100,000 was raised through the Petaluma Junior High School PTA, acting as fiscal sponsor, but it became clear that the effort needed to be its own 501(c)(3).  Since it was in my community, as a pro bono thing, I did an expedited IRS application for 501(c)(3) status and got it approved in 11 days, my personal record. Then we transferred the charitable project funds from the Petaluma Junior High PTA to the new Polly Klaas Foundation.

Clearly, to make Model A work, the project, though internal to the fiscal sponsor, still needs some legal standing, for instance as an unincorporated association, so it can enter into a written agreement, leave the nest under prescribed conditions, and take the resources raised for its purpose, assuming that the sponsor can let the project go and still meet IRS requirements. In this, the written agreement remains essential.

The great spinoff
Also in the mid-’90s, what I call the great spinoff took place, increasing the prevalence of Model A. Many community foundations had collected numerous projects and wanted fiscal sponsorship to work and be legal. They also had a lot of employees running projects, not just handing out grants, which became a huge separate activity that didn’t really fit with the mission of the community foundation. In California, San Francisco Foundation spun off Community Initiatives, the California Community Foundation in Los Angeles spun off Community Partners, and Tides Foundation spun off the Tides Center. And I believe that has happened in other communities as well.

Where did Model C come from? It turns out that the only really solid piece of IRS precedent about this kind of fiscal sponsorship was a 1966 revenue ruling. When Stephanie and I were doing research for the third edition of our book, we found out that the Israel Educational Fund had raised millions and millions of dollars in the United States, then re-granted the money to organizations in Israel to rebuild the country’s elementary schools, high schools and colleges. United Jewish Appeal’s lawyers spent years negotiating with the IRS and finally got approval for this sponsorship relationship, setting forth a ruling that was universalized and is available to any 501(c)(3) that wants to conduct Model C.

For that, we are greatly privileged. Model C has led not only to a huge amount of activity for arts and culture organizations, but also to a huge amount of U.S. giving and support of overseas charitable activity in every continent and in almost every country. That is, I think, a real success story.