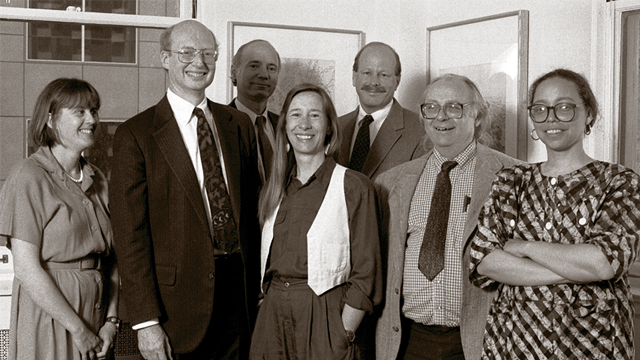 The following are excerpts, edited by Marjorie Beggs, from the January 25, 2022, Covid Conversations presentation by Greg Colvin, co-author with Stephanie Petit of Fiscal Sponsorship: 6 Ways To Do It Right, 3rd edition.

My engagement with fiscal sponsorship started in 1989 when John Edie, general counsel for the Council on Foundations in Washington, D.C., published an article called “Fiscal Agents Can Be Illegal.” It caused quite a stir and was followed by a major article three years later, “The Use of Fiscal Agents: A Trap for the Unwary.”

“In too many communities,” Edie wrote, “it is generally accepted that when grants or gifts cannot be made directly, all one must do is launder the money through a convenient fiscal agent, which is frequently the local community foundation or some other well-established public charity.”

For me, this was the crucible, the birth of fire that got me into this subject. It was pretty clear that as long as it was considered semi-legal, potentially subject to an IRS clampdown, it was going to be difficult to carry on all of the wonderful projects that kept bubbling up from those who wanted to get into nonprofit, public-interest activity.

This is the first in a series of news stories based on Covid Conversations, a weekly virtual discussion forum for fiscal sponsors.

In 1991, we pulled together a working group of seven from the arts and local services in San Francisco who wanted to rescue “fiscal agency” from what may have become very ignominious descent.

First we needed to figure out the right thing to call it. Fiscal agency implies that the 501(c)(3) organization a project picks to use for its tax-exempt status — in order to get foundation or government grants, or to raise tax-deductible money — is the project’s agent. But is it? Is the project the one in charge?

Once, when I was doing a seminar with Edie, he described a fiscal agent as a warm room with a Xerox machine loaded with the organization’s IRS approval letter, its tax-exempt number on it, ready to make copies for those who wanted to open a bank account and be considered tax-exempt.

Well, we had to go beyond that. The terms being used back then to describe this process were inadequate and misleading, not only fiscal agent, but conduit, pass through, intermediary, funnel and laundry.

Did I say laundry? Yeah, money laundry. We needed to find a new term and reached for “fiscal sponsorship” and “fiscal sponsor.” At least in that way, the 501(c)(3) organization could claim the privilege of sponsoring other projects internally or externally, maintain discretionary control over the use of the funds, and be responsible for reporting the financial activity every year on the Form 990. That is, take full legal and tax responsibility.

That’s how we shifted away from fiscal agent to fiscal sponsor. It’s still a battle, though, to hold onto that name. If you Google fiscal agency, you’ll find people are still using it. I believe it’s not so much a matter of our failure to make it a universal term as it is a testament to the fact that by legitimizing the practice, it’s really gone everywhere.

There are people doing fiscal sponsorship who don’t know about our book or haven’t read the book. But there’s enough online — agreements and policies and templates and examples — that even if the terminology isn’t quite what we’d like it to be, the sector is moving toward continuing to do it right.

Gregory Colvin, retired principal of Adler & Colvin, is co-author with Stephanie Petit of Fiscal Sponsorship: 6 Ways To Do It Right, third edition.