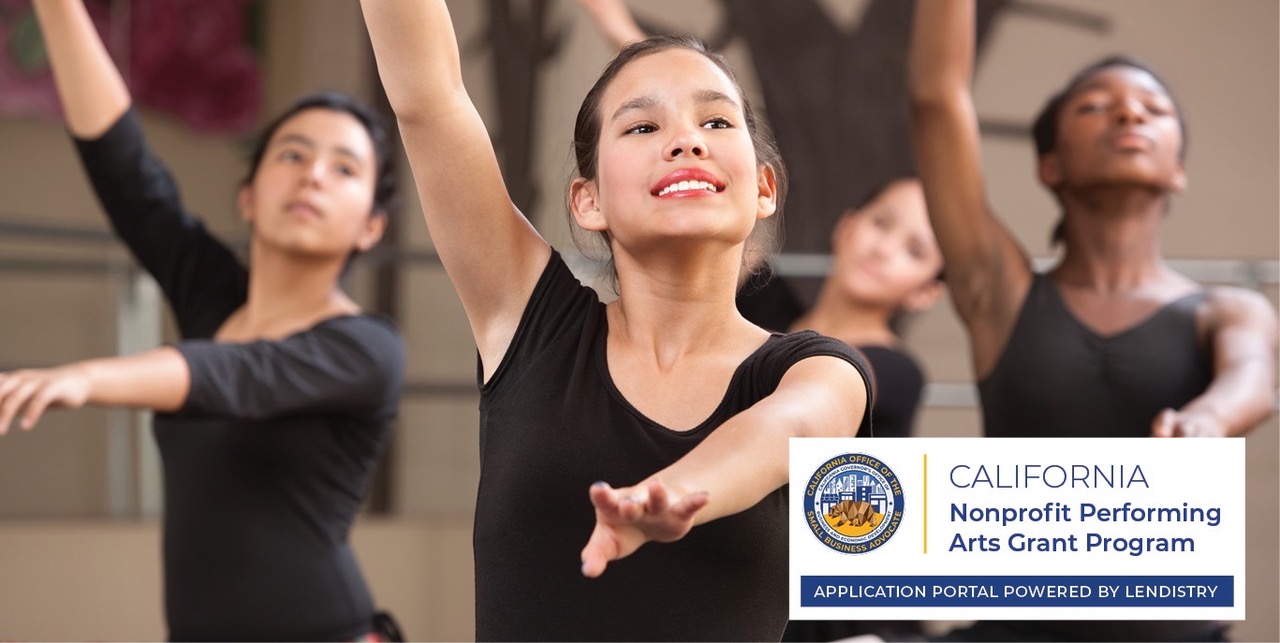 California has a new grants program with $49.5 million for performing arts groups, and much of it is unusual: Groups with their own 501(c)(3) can apply, but so, too, can  eligible, fiscally sponsored projects via their fiscal sponsors. The program has an opening date – June 29 – and it’s first come, first served. Applications will be accepted until the money runs out. And the grants will be paid out as applications are approved. Early birds could start getting funds as soon as July this year.

Here are a few basics about the new California Nonprofit Performing Arts Grants Program (NPPA), some background on the public policy work that brought about this eligibility, and grant program details that are known right now. Some key information is still to come.

We know this: The California legislature created NPPA and housed it in the California Office of the Small Business Advocate. CalOSBA, in turn, has contracted with the for-profit financial firm Lendistry to administer the grant program. The program website won’t launch until mid-June.

A fiscal sponsor can apply on behalf of separate projects, but it’s the project, not the sponsor, that needs to meet eligibility criteria. The project’s gross revenue must be less than $2 million annually — a night-and-day difference from other relief programs. For example, the federal Payroll Protection Program (PPP), which made forgivable loans to about 2,800 California nonprofits, was available only to nonprofits with fewer than 500 employees.

This was wildly frustrating to projects with, say, five employees, whose fiscal sponsor had 600 aggregate employees. Many fiscal sponsors sympathized with their projects’ inability to get PPP funds but couldn’t help them.

In this new program, a fiscal sponsor must apply for funding on behalf of its project, as always. A sponsored project can’t apply on its own. But it’s still unclear whether the fiscal sponsor must submit applications for eligible projects all at once or if it can submit them one by one.

There’s no proposal to write, just an application to submit. Eligibility for the grant and the award amount is based on the project’s budget for the fiscal year ending in 2019.

Strong, sustained advocacy — led by Californians for the Arts and supported by us at ​​CalNonprofits — resulted in getting fiscally sponsored groups included in the legislation that led to this new program. As fiscal sponsors, this should be reason to join the advocacy organizations in our nonprofit community.

A hiccup in the eligibility criteria
The new program says a nonprofit 501(c)(3) is eligible whose gross revenue is $2 million or less and has one of these North American Industry Classification (NAIC) codes:

Nonprofits identify an NAIC on their 990s, but a fiscally sponsored project has no NAIC code. CalNonprofits and Californians for the Arts are continuing to work with the program administrators on resolving this discrepancy.

Where to get help with applications
Californians for the Arts has funding to help arts groups apply for these funds, and, with CalNonprofits, will host a webinar specifically for fiscal sponsors and projects. It’s tentatively scheduled for Wed., June 22. Keep an eye on both organizations’ websites for an announcement, probably in the next two weeks, about how and where to apply for the program.

Jan Masaoka is the CEO of the California Association of Nonprofits (CalNonprofits) and the founding board chair of Community Initiatives.