“At Fractured Atlas, we take pride in our own entrepreneurial spirit,” founder and Executive Director Adam Huttler told the Directory. “With these awards, we can formally and publicly celebrate that spirit throughout the arts and bring greater attention to the work of our amazing honorees. These awards are unique in an industry that desperately needs more innovation and experimentation.”

Only Groupmuse is a project of Fractured Atlas, the nation’s largest fiscal sponsor. The winners, announced Feb. 23 and chosen from among 100 nominees, get lifetime memberships to Fractured Atlas services.

Founded in 1998 as a performing arts producer in New York City and supported in part by the city’s Department of Cultural Affairs, Fractured Atlas today is fiscal sponsor of 3,707 and counting projects, all Model C. It reaches more than 250,000 artists and organizations nationwide with its programs and services. (See profile in Fiscal Sponsor Directory.)

Ontheboards.tv, brainchild of artists at the 37-year-old, brick-and-mortar On the Boards theater in Seattle, got its inspiration from the Metropolitan Opera, which broadcast its performances in movie theaters in the 1950s. Ontheboards.tv lets users download high-quality performance films from contemporary international artists to computers, tablets and smartphones. 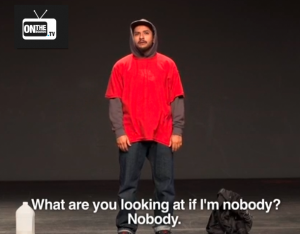 Films cost $5 to rent or $15 to purchase; a year’s subscription is $50 for unlimited, on-demand streaming of the entire catalog. And the service gives back to the performing artists — 50% of each film sold.

Groupmuse’s creator, 24-year-old Sam Bodkin, loved classical music in college but found that many of his peers dismissed it as fusty and uninteresting. His solution: music performed live by young local musicians at concert house parties, all organized via groupmuse.com. There, you sign in to attend a scheduled gathering, or offer to host one or play at one in the future.

Launched in 2013, Groupmuse now operates in 15 cities including Boston, New York City, Boulder, Atlanta and the Bay Area, with music lovers hosting more than 10 to 20 shows a week. Groupmuse gatherings are always BYOB and may draw 10 people to a living room or 100 to a donated community space. For small sessions, the musicians’ pay comes from audience donations and averages $150 to $500 a night; larger venues are ticketed.

A quick look around the Bay Area in early April found 12 events scheduled, half in San Francisco. For a solo cello concert in a Mission District living room, 8 of the 10 spots already were filled two weeks beforehand. At Heron Arts, a gallery in SoMa, tickets to a mid-April concert cost $10, and 73 of the 100 seats had been sold a week before the event, a quartet performing Schubert’s demanding “Death and the Maiden.”

Getting audiences is easy. Performers, too.

“The experience is so life-affirming for musicians,” Bodkin told Fractured Atlas in a 2013 online interview. “They’re being celebrated like rock stars, so it hasn’t been hard finding really enthusiastic artists.”

“BURN,” a feature-length documentary from TBVE Films, follows Detroit firefighters for a year as they risk injury and death to douse fires, many in the 80,000 abandoned buildings in the city with the nation’s highest arson rate.

That the film got made is a story in itself. Los Angeles filmmakers Tom Putnam and Brenna Sanchez pitched the idea to production companies, studios and cable networks that liked the project but said there was no audience for a firefighter series or film. Once “BURN” was completed, TBVE (that’s Tom and Brenna vs. Everyone) looked for distributors. They praised it, but said it wouldn’t catch on.

“BURN” was entirely grassroots-funded — by sponsors, in-kind goods, gear and services, and donations from $5 to $1,000 pledged on Kickstarter, where 1,758 backers put up $119,547. Putnam and Sanchez got the film into festivals and have arranged screenings in 170 cities. It’s available for rent or purchase, with significant portions of the profits going to the Leary Firefighters Foundation in New York, which provides equipment and other support to underfunded fire departments nationwide.

Founder Risë Wilson said in a project video that the idea of offering art to people with down time in laundromats “was just absurd enough to get [their] attention.”

From among the many projects: Poet beluvid ola-jendai recorded Harlem residents telling why they love their neighborhood, produced a CD and held a community listening party.

Laundromat Project supports its artists through fellowships, residencies, commissions and the cleverly named “Spin Cyle” on its Website that profiles the artists’ professional and community bona fides and inspirations.